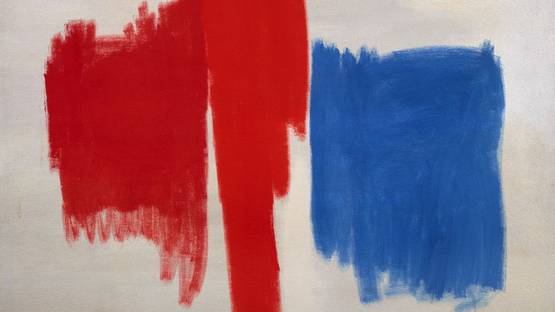 An artist for whom life and art were intertwined, Edward Zutrau blended precepts of the New York School with a strong physicality, drawing the viewer into both feeling and contemplation.

Born and raised in Brooklyn, Zutrau was exposed to art since the young age thanks to his grandfather Michael Gunderson, a designer for the National Can Company, who later encouraged him to enroll in art classes at the Brooklyn Academy of Fine Art. He later continued his studies at the Art Career School, and also with Victor Candell at the Brooklyn Museum and Will Barnet at the Art Students League.

His early works were characterized by a dynamic realist approach, over time evolving into an increasingly simplified abstract treatment of form, as well as an exploration of space and process influenced by the New York School. His art caught the attention of Betty Parsons, who held three solo shows of his paintings at her renowned New York gallery from 1972 to 1980 and became his close friend. Throughout his career, Zutrau's work was always idea-driven, representing his constant search for clarity and concision.