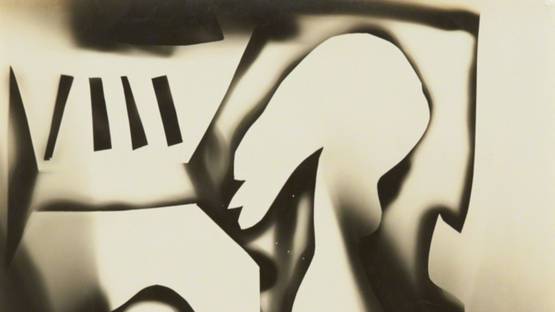 An alias of Hideo Sugita, Ei-Q was a Japanese artist who worked in a variety of media, including photography and engraving. He influenced many young Japanese artists of the time, including Ay-O, Masuo IKEDA, Yukihisa ISOBE, On KAWARA, and Eikoh HOSOE. He died in 1960 at the age of 48.

Born in Miyazaki-machi (now Miyazaki City), Miyazaki Prefecture on April 28, 1911, he entered an art school in Tokyo to study western-style painting in 1925, before leaving school in 1927. During his studies, at age 15, his criticism of western art started appearing in the art magazines Atelier and Mizue. In 1930 he entered a photography school, beginning to pursue both painting and photography and more particularly photograms, first experimenting briefly with these in 1930. He dropped photograms in pursuit of painting, and then returned to them in 1936. This is the same year when his first collection of photo-dessins, was published as The Reason for Sleep.

In 1937, Ei-Q founded the art organization "Free Art Association". In 1951, he founded "Democratic Artists Association" to criticize the established public group and Japan art world. Influenced by the Surrealist thought, he published essays promoting photography as an art form independent of painting.