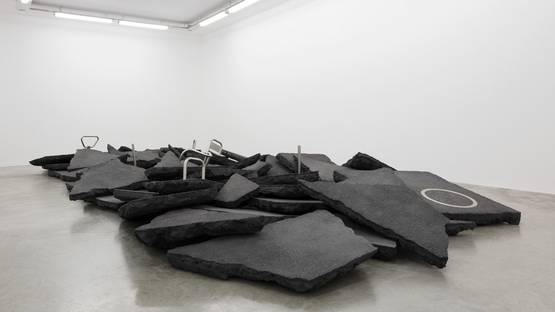 The artist duo Michael Elmgreen and Ingar Dragset have worked together since 1995. Their work explores the relationship between art, architecture and design. Their work is characterized by wit and subversive humor, and also addresses social and cultural concerns.

Elmgreen was born in 1961 in Copenhagen, Denmark and Dragset was born in 1969 in Trondheim, Norway. The duo met in Copenhagen in 1994, when Michael Elmgreen was writing and performing poetry and Dragster was studying theater. After beginning their collaboration, they moved to Berlin in 1997. In 2006, they bought a large 1000m2 former water-pumping station dating to 1924 in Neukölln and converted it into a studio.

Working at the crossroads of art and architecture, performance and installation, the duo focuses on objects and their settings, along with the discourse that can arise when those objects are radically recontextualized. Their work often draws attention to the institutions that host them and their attendant politics. They are best known for an ongoing series Powerless Structures, that feature a great number of architectural and sculptural installations in which they transformed the conventions of the 'white cube' gallery space, creating galleries suspended from the ceiling, sunk into the ground or turned upside down.