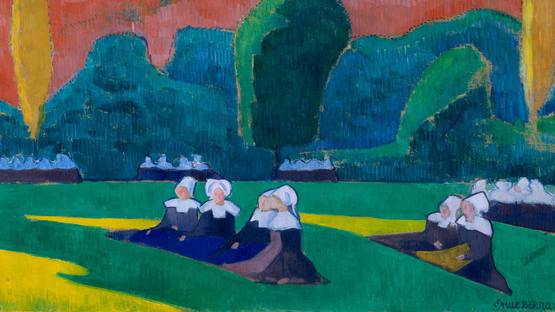 Émile Henri Bernard was a French Post-Impressionist painter and writer, who had artistic friendships with Vincent van Gogh, Paul Gauguin and Eugène Boch, and at a later time, Paul Cézanne. Most of his notable work was accomplished at a young age, in the years 1886 through 1897. He is also associated with Cloisonnism and Synthetism, two late 19th-century art movements. Less known is Bernard's literary work, comprising plays, poetry, and art criticism as well as art historical statements that contain first-hand information on the crucial period of modern art to which Bernard had contributed.