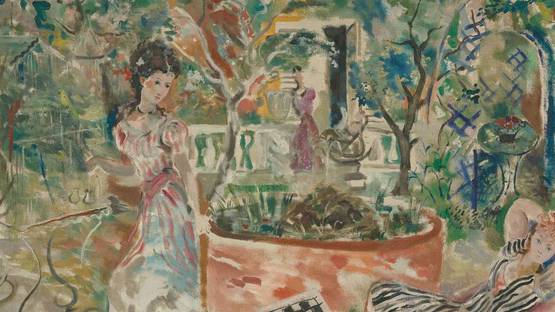 Emilio Grau-Sala was born in 1911 in Barcelona and studied art at the academy of arts of that city. Having made his debut at the Salon des Humoristes in Paris when extremely young, he had his first one-man show in Barcelona at the age of 18, and went on to have shows of his work throughout the world – Paris, Madrid, London, Buenos Aires, New York. Having traveled widely, in 1936 he established himself permanently in Paris and in the following year participated in the important exhibition at the Carnegie Institute, Pittsburgh.