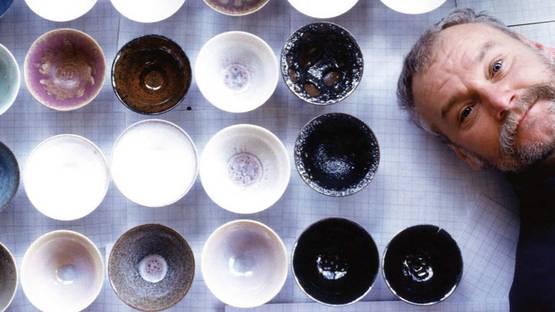 Emmanuel Cooper was a British studio potter and writer on arts and crafts. His pots characteristically combine a purity of form, redolent of the Northern Puritan tradition in which their maker grew up, with bold — even flamboyant — colours, heavily influenced by the Sixties and Seventies counterculture in which he played a significant part.