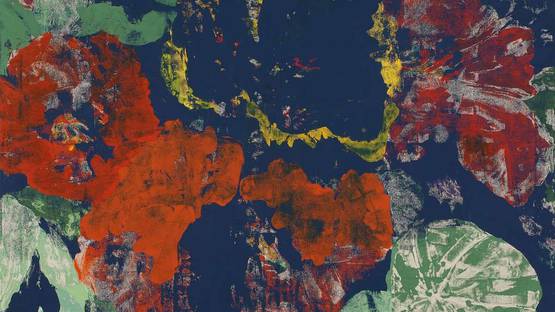 An American abstract artist, Eric Dever began his career through a controlled use of a limited color palette and tight grids, only to embrace the entire color spectrum and loose shapes over the years. Over the last decade, he has pursued intensely focused investigations into methods and materials, creating works which gradually have evolved into sensitively executed and intimate works of art.

Born in 1962 in Los Angeles, Dever enrolled Otis College of Art and Design and later graduating from California Lutheran University. In 1986, he moved to New York to continue his studies, where he stayed and established studios in Williamsburg, Brooklyn followed by the East Village.

For several years, Dever limited his palette to white, Zinc and Titanium White, uncovering a white spectrum ranging from opacity to translucency. While his early compositions were largely geometric, over the years, Dever began exploring free shapes and tactile surfaces executed with brush and knife. He also began introducing the colors black and red into his work, soon embracing the full spectrum that was coupled with his awareness of the yogic notion of the chakras.