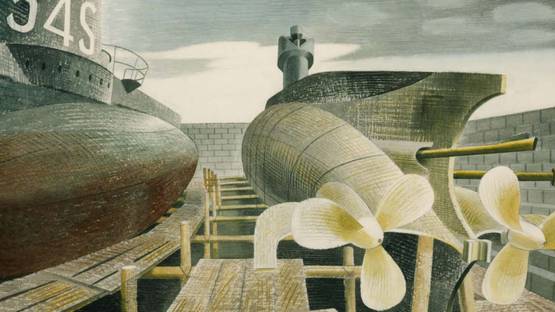 Eric William Ravilious was an English painter, designer, book illustrator and wood engraver. Serving as a war artist during the World War II, he died in the aircraft accident on Iceland. Ravilious engraved more than 400 illustrations and drew over 40 lithographic designs for books and publications during his lifetime.