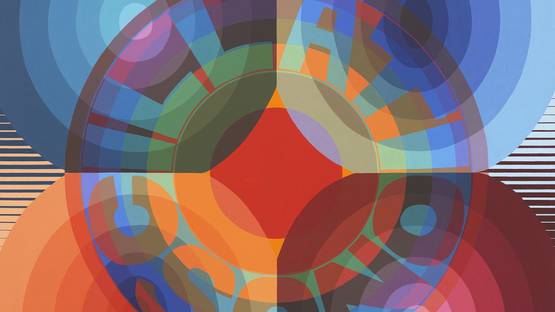 Erik den Breejen is an American painter and musician who feeds his passion for music and the process of painting into his acrylic-on-canvas compositions, which are composed of words derived from song lyrics.

Born in Berkeley, California in 1976, den Breejen lives and works in Brooklyn, New York. He is a graduate of Cornell University, where he received his MFA in 2006, and California College of the Arts, where he received his BFA in 1999. His recent solo exhibitions include Image, Music, Text at the Untitled art fair in Miami Beach (2012) and There’s a Riot Goin’ On at Freight and Volume, NYC (2014). He also created a range of public murals, including PS 24 Q public school mural commission, Flushing, Queens, NY, Freddie Mercury mural for The Wythe Hotel, Brooklyn, NY, Ahmet Ertegun mural for Atlantic Records headquarters, New York, NY and David Bowie mural for Rag and Bone, New York, NY. His work is in collections throughout the world, including the Kistefos Collection in Norway.

Using song lyrics as his starting point, den Breejen compares each word to a cellular unit, using it to construct landscapes, abstract patterns, album covers, and portraits of the musicians he idolizes. Seamlessly merging music and painting in his practice, he focuses on exploring the language of painting itself.