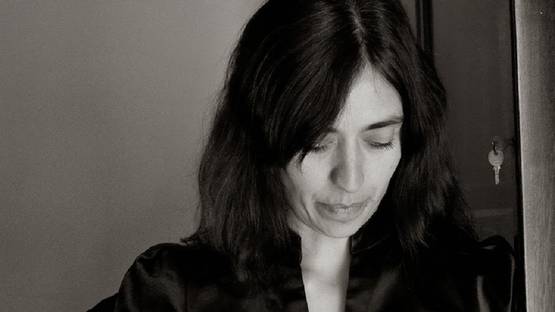 Florencia Walfisch is a textile artist and a poet from Argentina, born in Buenos Aires, in 1970. She is known for using textile techniques in order to make paintings and drawings.

In The River From My Childhood

The artist, who started using textile techniques to produce visual art in 2004, exhibited her works in solo and group exhibitions, and interdisciplinary projects. Her work has been included in the annual Salon Nacional Textile Art shows. Florencia's first solo show in the United States was The Importance of Minimal Gestures at Gallery Molly Krom in New York, in 2014. The artist presented textile paintings created with thread and wool on canvas and fabric.

Florencia also participated in readings and poetry gatherings, and her writings are featured in several publications and anthologies. Together with Ana Lafferranderie, Walfisch is responsible for curating the reading series at the book store and cultural center Fedro in San Telmo, the oldest neighborhood in Buenos Aires.

My Throat Told Me

Florencia Walsich works and lives in her hometown of Buenos Aires in Argentina.