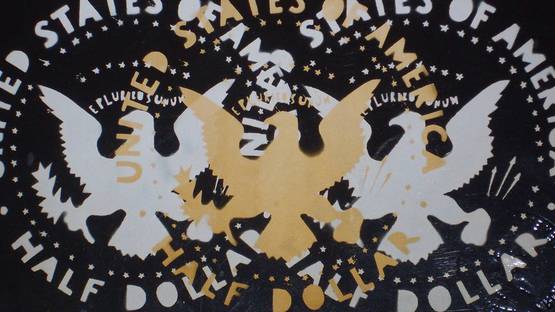 Exhibiting widely both domestically and internationally in the second half of the 20th century, Franco Angeli was an Italian painter whose work often referenced current encompassing notions and conditions including poverty and pain. Some of his work includes Half Dollar (1966-67) and Frammenti capitolini (1964).