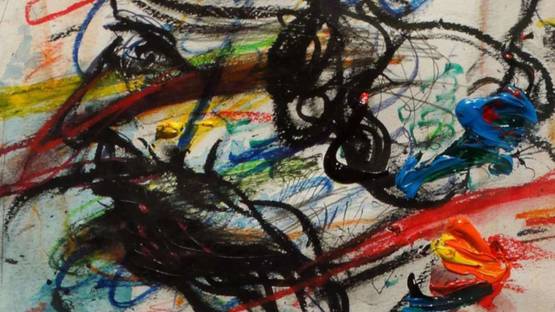 An Austrian painter and graphic artist, Franz Ringel is best known for his works depicting the human figure and exploring the concepts of body, mind, and Greek classical literature. His style is characterized by strong, thickly applied colors.

His talent was encouraged by his Styrian-French foster parents from an early age, who sent him to the school of arts and crafts in Graz. He continued his education at the University of Applied Arts Vienna, and then under Hans Knesl and Albert Paris Gütersloh at the Academy of Fine Arts Vienna until 1965.

Ringel was a founding member of the group Realities in 1968, along with Peter Pongratz and Kurt Kocherscheidt, with which he caused a sensation in the Vienna Secession with an exhibition of the same name. The works of the group were political, socially critical and satirical. One of the great expressionist contributions to the history of Austrian art, Ringel's work is characterized by the vehemence and immediacy of gesture, as well as the radical, emotional articulation of the unconscious.

After 1980, he worked under the signature M.J.M. Ringel, initials that stood for the three most important women in his life – his foster mother Margarete, his mother Juliana and his wife Maria.