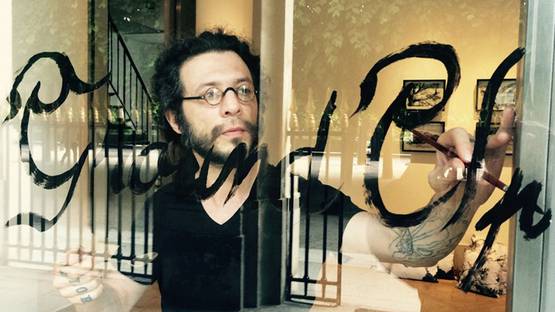 Gabriele Dal Dosso is an Italian artist-inventor and an expert in creating three-dimensional forms. He has managed to transform the complex form of cube into the meditative practice of art, inspired by the Möbius strip structure. Dal Dosso’s art is an infinite play of dichotomies created by the surprisingly malleable three-dimensional form of cube. His most famous series of artworks is called Cubo di Gabo and it consists of diverse prototypes, varying in their size, color, and structure.

Gabriele Dal Dosso was born in Italy in 1978. He recalls that his fascination with the Möbius strip started a long time ago when his childhood friend lent him a science fiction novel, in which he found the definition of the one-sided surface. Young Dal Dosso was really excited for having found such a mysterious object that he has been searching for years in length and breadth, in shops and libraries. Inspired by this discovery, Dal Dosso started working on his best known Cubo di Gabo series, which represents the transformation of a philosophical idea into a tangible object. The same evening I had the first version, four months later came the final one, says the artist about his project.

The Cubo di Gabo series is based on the Möbius strip proportions and sections which can be transformed into a cube with an appropriate range and order of movements. This gives rise to the peculiarity that prompted the artist to embark on this unusual artistic journey, in between geometry and philosophy. From a logical point of view, when I hold this cube I find myself in it, claims the artist. He already has some ideas for his future performances and projects which might feature Cubo di Gabo as an object, or perhaps a site, ideal for meditation on different scales, from macro to micro. Because of this, the artist defines his cubes as philosophical toys, as well as dynamic sculptures. The artist has been an active exhibitor since 2015 and so far he had two solo and two group shows, in Paris and Milano, with Molin Corvo Gallery. We hope to see more of his unique geometrical projects exhibited not only in Europe but also worldwide.

Each Cubo di Gabo is a geometric translation of the famous verses from William Blake, says Dal Dosso, having in mind the opening of Blake’s famous poem Auguries of Innocence . Dal Dosso’s deceivingly simple work, which relies on the purity of black and whites forms with hints of red, represents the night, the day, and the life itself with all of its diversities.Cubo di Gabo represents a certain geometric alchemy, a particular case of squaring the circle and experiencing the allure of unknown.