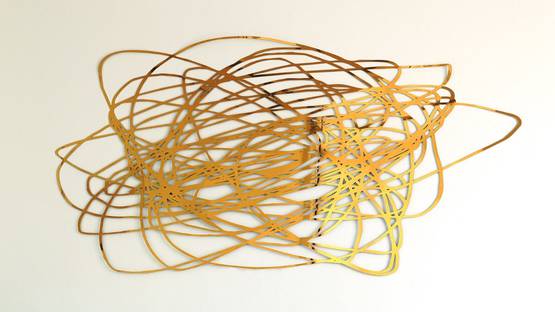 An artist of diverse practices, Gao Weigang is a Chinese author who produces paintings, installations, sculptures and performance works. His usual vocabulary is consisted of industrial raw materials, reflecting on materialization and its nature of communication.

Bringing elements such as light, sound and text into his work to link disparate forms and narratives, the artist's practice nods to Contemporary Constructivism. Mostly focusing on site-specific works, he toys with the boundaries between subjective and objective engagement. Each of his pieces work both as the apparatus and the product of experiment He often uses the tension between material and surface, and between two and three-dimensional space, challenging the viewer’s accustomed visual culture with a sense of humor and an overriding hint of skepticism. His famous bodies of work include the Interior View series, where he painted cold interior environments that appear to depict technological control centers and suggest utopian visions for the future, and Superstition, where he presented fake archaeological remains in the form of various geometric marble blocks.