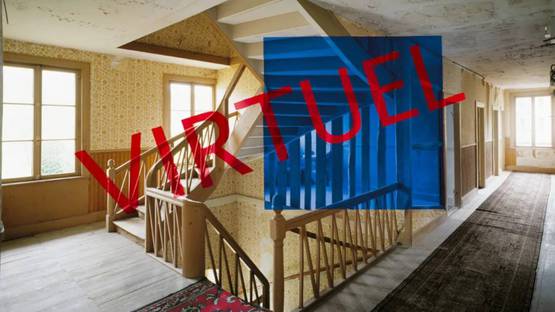 A French photographer, painter, and installation artist, Georges Rousse is known for converting abandoned or soon-to-be-demolished buildings into surprising visions of color, inventing a unique approach that shifted the relationship of painting to space.

Rousse was born in 1947 in Paris, where he still lives and works. He has been attracted to photography when he was only 9 years old, when he received the legendary Kodak Brownie camera as a Christmas gift. While attending medical school in Nice, he decided to study professional photography and printing techniques. After opening his own studio, he decided to devote himself entirely to the medium. His later works were heavily influenced by both Land Art and the legendary Modernist Kazimir Malevich’s paintings of simple shapes atop white backgrounds. He exhibited his works all around the world, in Europe, in Asia (Japan, Korea, China, Nepal.), in the United States, in Quebec and in Latin America.

Rousse's images depict painted alterations within existing spaces, creating ephemeral, one-of-a-kind artworks by transforming these sites into pictorial spaces. Appearing as perspectival, optical illusions or digital effects, these artworks are visible only in his photographs. Using soon-to-be demolished or renovated buildings based on their architectonic qualities and lighting, he transforms then into a fictional space with paint, which are visible from a specific point of view. Through his lens, he projects his world view, creating photographs which are at once a memory of place, of its history, and its transformation by the artist.