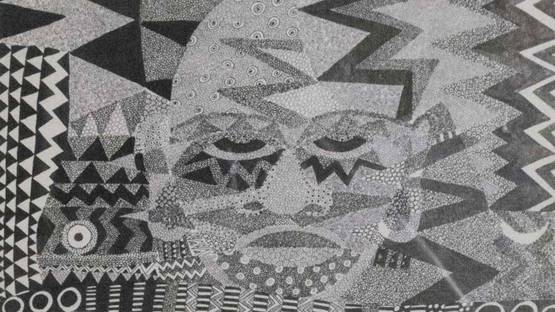 By developing a specific form of Pointillism, and connecting art to wider social struggles, American visual artist Gerald Williams gained prominence as a crucial figure of the Black Arts Movement, and a founding member of the influential artist group AfriCOBRA.

Williams studied at the Woodrow Wilson Junior College for a year, then served in the Air Force for two years. After returning to Chicago in 1966 the artist simultaneously attended night classes at Harold Washington College, and drawing and design classes at the Art Institute of Chicago. Eventually, he earned his Bachelor of Arts Degree from at Chicago State University in 1969, and Masters of Fine Arts degree in painting from Howard University in 1976.

Alongside his artistic practice, Williams served in the Peace Corps, acted as a teacher in the public school systems of Chicago and Washington, D.C., and served as an Arts and Crafts Center Director for the United States Air Force. In 2015, he settled in the Chicago suburb of Woodlawn, where he currently lives and works.