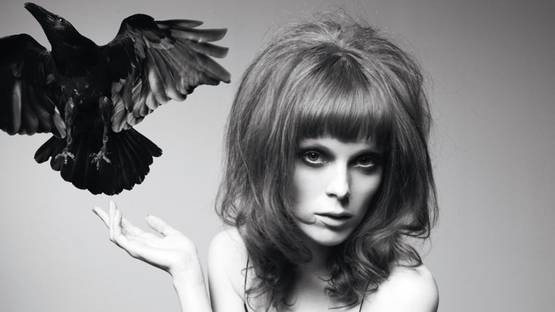 Photography is all about searching for that thrill that you get occasionally when you hit the magic note and when everything comes together. When the thought in your head occurs that you have done something new to you, that you have taken a good picture. Glen Luchford is British photographer who realizes the rarity of those magical moments, but also believes that it’s worth the wait. He loves what he does, and there lies the secret of his success, despite some setbacks he experienced during the days. Now he’s one the most famous artists who shape the visual languages of both the art and photography.

Working for the Biggest

The black and white portraits of musical superstar Ian Brown and the aggressive shots of Kate Moss that were taken on the streets were among the Luchford’s earliest images, which prefigure the gritty, and the aesthetics of the found light, defining the first half of the 1990’s. Since his avant-garde fashion campaign for Prada that finally brought him the wide acclaim and recognition in 1997, the artist’s work have been used in advertising campaigns for Chloe, Sportmax, Valentino, Mercedes-Benz, Hugo Boss, Alberta Ferretti, and Calvin Klein, to name a few. The portraits of the leading figures in their fields, including Tilda Swinton, Madonna, Willem Defoe, Dennis Hopper, have appeared in various international publications. French, British and Italian Vogue, Self Service, Vanity Fair are just some of the popular magazines that regularly feature Luchford’s work.

Glen Luchford has worked with some of the most famous models

Glen Luchford Got Fired Over and Over Again

The photographer got to work with the legendary stylist Ray Petri, and even showed him some of his experimental photographs, getting encouragement from the stylist. A series of assisting jobs followed, but the artist kept getting fired. Around that time, he began taking pictures of skateboarders, but it was a student of fashion, who asked him to take some pictures of her clothes, that changed everything. She took the pictures to Blitz and then came the call from The Face, followed by working on the covers for the musicians like The Stone Roses and Björk. In 1994, Luchford was tasked by the American edition of Harper’s Bazaar to take images of Kate Moss in the streets of New York. It ended up with him getting fired once again because he couldn’t understand the required difference between The Face and Harper’s Bazaar. ‘’…some of those pictures I do look back at fondly because of the energy. Those are the pictures people want to put in museums.’’ And, his work has indeed been displayed at such prestigious institutions as MoMA PS1 in New York and Victoria & Albert Museum in London.

You Have to Deliver

After the firing from Harper’s Bazaar, his career was once again going nowhere. Luchford’s agent sent to the Italian Vogue an image that was rejected by an American magazine, and that picture found its way to Miuccia Prada, so the artist was asked to sign a two-year contract with the brand. After that, it’s been a one-way road to success. His art isn’t about storytelling – it’s about finding the right location and working with the right model. There is no excuse for failure, and you must always deliver. And Luchford’s been delivering some amazing work in the last twenty years, working with some of the biggest brands in the world, shaping how the ordinary people see both art and photography.

He is represented by Art Partner.

Glen Luchford lives and works in Brooklyn, New York and in Litchfield, Connecticut.