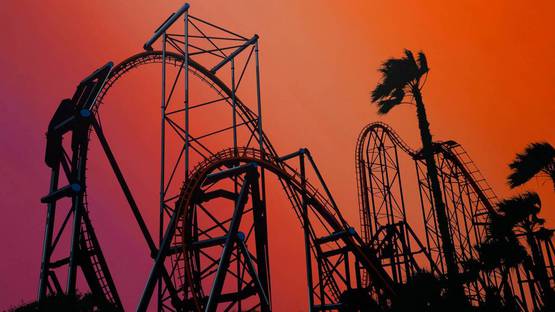 A visual artist and writer, Glen Rubsamen primarily works with painting and photography. Influenced by his life in Los Angeles, his paintings begin as photographs of the urban landscape, which he reassembles into flattened images of palm trees, billboards, power lines, and roadside attractions.

Rubsamen's urban scenes featuring quotidian objects are often set against ambient warm colors of the sunset as well as acidic greens and yellows and dreamy blues. These backdrops are contrasted sharply with the silhouette-like black figures arrayed in the foreground. Portraying a landscape shaped by human hand and transformed by civilization, these works appear like film stills, exuding an air of calm and drama.