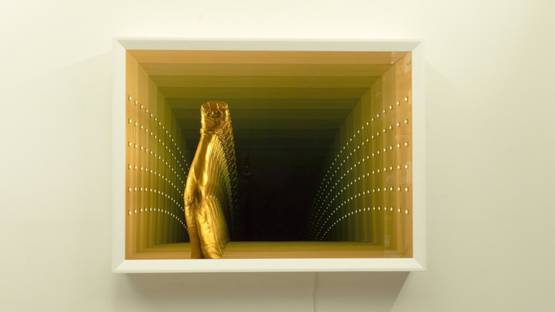 The American artist Glenn Kaino emerged at the height of culture wars in the early 1990s, and soon gained recognition for his conceptually framed artistic practice focused on the exploration of identity, but also individual and collective consciousness in regards to technology. During the height of the Internet boom, the artist started increasingly exploring the notion of data systems to introduce different modalities of knowledge into the language of contemporary art. Kaino mostly works with sculpture, but he also expresses himself through painting, filmmaking, installation, and performance, and this kind of interdisciplinary approach suits his idea-based practice.