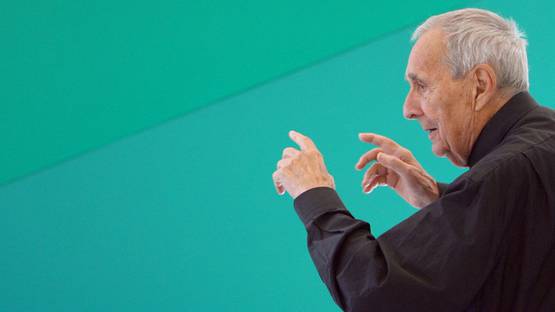 Gottfried Honegger was a Swiss artist and graphic designer. His early work was commercial graphic design. From 1955-1958 he was an art director at Geigy. In 1961, he moved to Paris and concentrated on painting, which concentrated on exacting explorations of circles and squares, and (from 1968), sculpture. Gottfried Honegger died on January 17th, 2016.