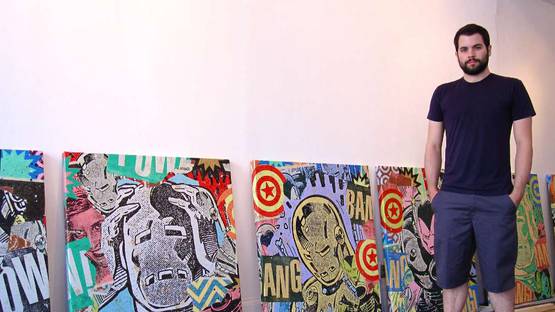 Greg Gossel is an American artist, born in 1982 in Baldwin, Wisconsin, 1982. He attended University of Wisconsin in Eau Claire, where he earned his Bachelor of Fine Arts in Graphic Design in 2005.

Gossel's artwork features a variety of pop culture subjects including pulp novels, politics, romance comics, and 20th century icons. He is known for his painting, drawing and collage. Gossel creates in Postmodernism style. He uses a variety of media in order to build up the surface and make multi-layered works with unique history, featuring bold geometric and typographic elements. His work has been described as "a mix between that of Shepard Fairey and Roy Lichtenstein."