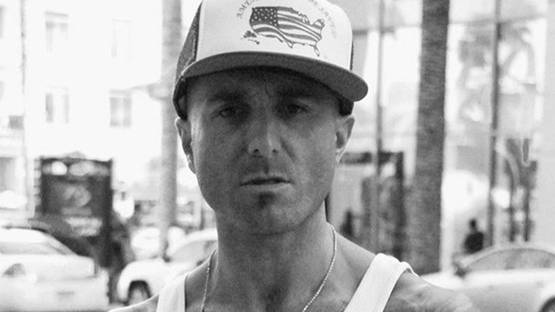 Gregory Bojorquez is an LA photographer who relieves the dark side of Los Angeles, conveying the original images of a hidden world on streets, together with Hollywood Hills and its celebrities. From Boyle Heights to Beverly Hills, Bojorquez' ability to capture the essence of such a disparate group of subcultures signals a major photographic tour de force.

He was born and grew up in the infamous streets of East Los Angeles, and began his career photographing his friends and neighbors and by doing it – he documented the reality of life and death extremes of street life. Bojorquez’s focus in photography shifted to underground hip-hop, and his own home turf of East L.A. in particular, after taking a cinema class at Los Angeles Community College in 1988. With a remarkable documentary quality, Bojorquez’s work, caught the attention of LA Weekly, galleries, and collectors.

Whether capturing women in Hollywood, his hot lady friends, crime, or musicians, Bojorquez keeps it raw and direct, capturing frozen moments of existence. And all that by still using the traditional lenses and film technique. His images of street life, neighborhood personalities and gritty landscapes are uncommon, unforgiving and even sentimental.

Bojorquez's images seem influenced by director-photographer Larry Clark, photographer Garry Winogrand and director Sam Peckinpah. As artist himself says, a lot of his images are pieces of himself, as he tries to photograph what he think is special.

After he caught the attention of LA Weekly, he began to photograph Hollywood celebrities, stars ranging from the likes of Snoop Dogg to Mike Tyson. Bojorquez's photos have been published in Rolling Stone and FHM magazines. In 2011 Bojorquez happened to capture images of riots on Sunset Boulevard in Los Angeles with his analogue camera. These pictures were published all around the world. His work debuted in Berlin and Cologne, where it was a great successes, leading even the estimable photographer Mario Testino to add a few of Bojorquez's images to his collection.