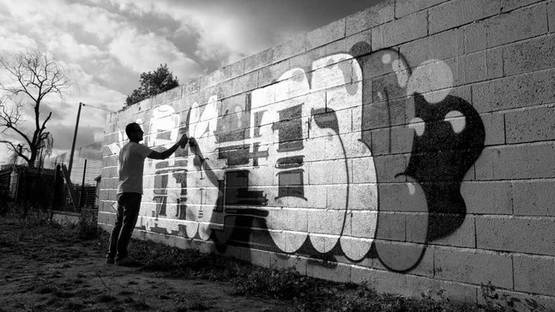 Gris1 is a French artist and a member of Da Mental Vaporz (DMV) crew who was born in the south of France in the 80s and found his vocation for art during his studying time in 1996. From the current point he can look back to a long history of being active as a graffiti artists. What started as simple mural paintings on highway walls has, over the past 15 years, become a concise style.

Thus, their artworks can span over tens of meters high and wide, depicting monstrous characters, madness and the imminent end of times. As a member of DMV group Gris1 maintains his passion by making huge frescoes and increasingly innovative and fun collective canvases. He came to strengthen the crew with his expertise in old school graffiti codes and vectorial madness.