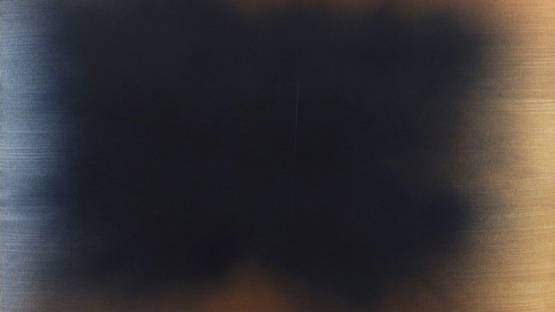 The astonishing artistic practice of Hans Hartung was largely framed by the agenda of rethinking and upgrading abstraction. Looking from a contemporary stance, the intensity and progressiveness of his innovative activity contributed to him being perceived as one of the major figures of post-war art. Led by the achievements of early modernist masters, Hartung pursued his further investigation of the painterly surface, the relations between the forms, and principles of harmony and proportion. Expressive and dramatic, his works were a direct reflection of his inner processes which were very much philosophically inclined.

The Start of Artistic Career

Hans Hartung was born in 1904, in Leipzig. He grows up in the artistic family and in 1924 enrolled in Leipzig University, where he studied philosophy and art history. Despite being advised to pursue further training at the Bauhaus, he opted to study at the Kunstakademie, Dresden, where he copied the paintings of the old masters. The modern French and Spanish works he saw in 1926 at the Internationale Kunstausstellung in Dresden were a revelation to him, and he decided that he would leave his native country to prevent succumbing to provincialism. Consequently, after a bicycle trip through Italy, he moved to Paris.

During his stay in France, the artist visited the south, where the landscape inspired him to study the works of Cézanne, and he developed a great interest in the golden section. In 1928 he visited Munich where he studied painting technique with Max Doerner, and after a year Hartung married the artist Anna-Eva Bergman and established himself in the French towns of Leucate, and then in the Spanish Balearic Islands, eventually settling in Minorca. His art was considered to be degenerate by the Nazi’s and decided to leave the country with the help of his friend Christian Zervos.

The art of Hans Hartung was condemned and banned

After he returned to Paris as a refugee, Hartung and his wife divorced, and he became depressed. His paintings were becoming more abstract and did not sell well and the sculptor Julio González offered him the use of his studio. The same year, Hartung became a member of the French Foreign Legion. He was closely followed by the Gestapo and arrested for seven months by the French police. After they learned he was a painter, he was put in a red cell in an attempt to disturb his vision. After being released he rejoined the Legion to fight in North Africa, losing a leg in a battle near Belfort. He earned French citizenship in 1945 and was awarded the Croix de Guerre.

Peculiar gestural style was his forte

Inspirations And Fascinations of Hans Hartung

At the age of seventeen Hartung began to experiment with abstraction, synthesizing the graphic techniques of his artistic models while completely eliminating figurative elements. Before becoming fully dedicated to painting, the artist was very much hooked on philosophy, astronomy, music, and religion so it is no wonder that those references are interwoven in his work. Very often in his early stage, Hans Hartung found inspiration in the works of Rembrandt van Rijn and Francisco de Goya, and later influences included Lovis Corinth, Oskar Kokoschka, Emil Nolde, and Max Slevogt.

Hans Hartung was a master of gestural abstraction

Soon after the artist showed his works for the first time in 1947, Hartung became one of the key figures in then sprawling Art Informel and Tachisme. His gestural, almost monochromatic paintings were characterized by configurations of long rhythmical brushstrokes or scratches. As the times passed by the calligraphic quality became his forte, but his work, in general, became less spontaneous and more formally aggressive. That was largely caused by the stroke Hartung had in 1986 after which he was bounded by a wheelchair. The new generation of artists of the ’60s was entranced by Hartung's freewheeling abstract paintings, so he is considered to be practically a predecessor of American Lyrical Abstraction of the 1960s and 1970s.

His painting was fierce and lively regardless of his later disability

Through the years, Hans Hartung has received several international awards such as the 1956 award for the Europe-Africa section at the Guggenheim International Award and the International Grand Prize for painting at the 1960 Venice Biennale. A huge number of his works are on display in the world’s greatest museums and are held by collectors. The artist even appeared in in the 1963 film documentary School of Paris: (5 Artists at Work) by American filmmaker Warren Forma. Without any doubt. the great legacy of Hans Hartung is embedded in exploration and experimentation with various and unusual tools, immense imagination and constant drive for creation, which makes him one of the key art figures of the second half of the 20th century.