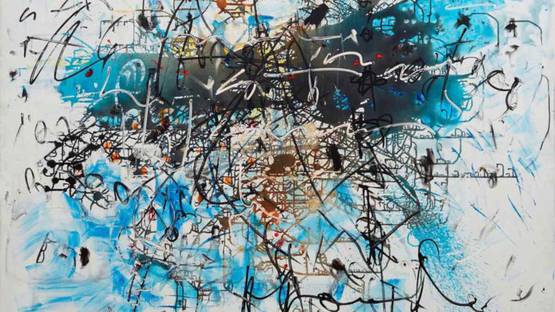 Hans Staudacher is a distinguished Austrian painter and the leading proponent of Art Informel in his native country. This figure initially had the artistic training under Arnold Clementschitsch, and in 1950 Staudacher moved to Vienna to become a member of the Vienna Secession and gradually started exhibiting his pioneering Informel works. In between 1954 and 1962 while at the residency in Paris, the artist familiarized himself with Letterism and the works by George Mathieu, which became defining influences for his own artistic practice. From the 1960s Staudacher plunged even more into abstraction, and his particular aesthetic can be described as a unique combination of lyrical Informel and Abstract Expressionism.

His career is marked by few important national representations in the international context such as the Venice Biennale in 1956, Tokyo Biennale 1965, and São Paulo Biennale in 1975. Staudacher was also often awarded for his domains throughout his long and successful career, and his works are held in important public and private collections around the world.