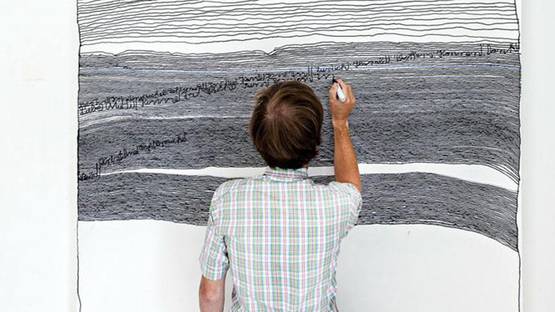 Harald Stoffers is a German artist who began creating his brut art in the adult psychiatric institution, where he would first write a single word on a small piece of paper, dispensing it around to the random people. During the time, those little notes turned into long letters he addressed to his dear mummy. Stoffers’ letters developed a structure of constant repetitions that exist in nature, so every line was aligned with the preceding one, emulating thus a form of wave movements, wood grain or rock strata.