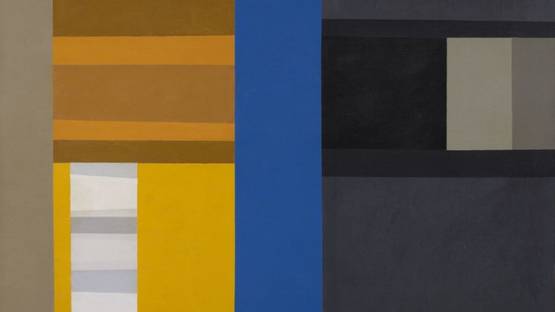 An American artist, Harold Krisel is known for work characterized by a direct, strong, empirical voice.

Born in Brooklyn, NY in 1920, Krisel studied architecture in Chicago at the New Bauhaus on the G.I. Bill after he was discharged from the army. He became a member of American Abstract Artists in 1946 and later completed his graduate studies at the Illinois Institute of Technology in 1952. After retiring from architecture, he pursued fine arts, creating commissioned sculpture, fountains, and graphics.

Krisel's work can be seen on the walls at the Greenville-Spartanburg Airport, the sculpture on Butler Circle on the Wofford College Campus, as well as in the permanent collections of numerous museums such as the Metropolitan Museum of Art, Museum of Modern Art, Whitney Museum of American Art, The Guggenheim Museum, Smithsonian American Art Museum, Houston Museum of Art, British Museum in England, Bibliotheque National in Paris, and Philadelphia Museum of Art, among others. In addition, an extensive collection of his designs adorn the walls of the Milliken & Company textile facilities in Spartanburg, South Carolina, for which he was also commissioned to design a 26,000 square foot aeration pond.