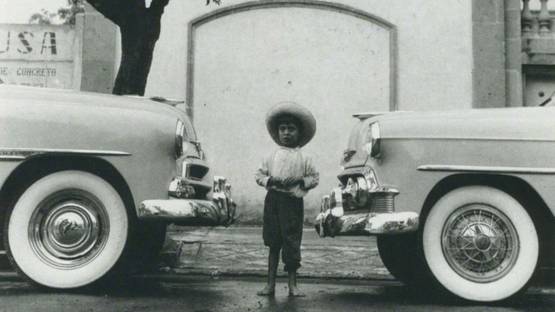 A Mexican photographer and photojournalist, Hector Garcia had chronicled Mexico's social classes, Mexico City and various events of the 20th century. His sixty-year long career was mostly related to photojournalism, working with publications both inside and outside of Mexico, yet a substantial amount of his work had more artistic and critical qualities.

Born in 1923 in Mexico City, he grew up in the poor and dangerous Candelaria de los Patos neighborhood and received little formal education as a youth. He discovered photography in his teens and early 20s, after he received his first camera at a juvenile correctional facility in Tlalpan from one of the facility's directors. He decided to study photography after his attempt to photograph the death of a coworker failed. He began works at Celuloide magazine, where journalist Edmundo Valdés, who recognized García's talent, sent him to study at the Academia de Artes y Ciencias Cinematográficas.

Throughout his career, Garcia's work appeared in publications in both Mexico and abroad such as Cine Mundial, Excélsior, Unomásuno, ¡Siempre!, Time and Paris Match and collaborated with international news agencies such as Reuters, France Press, United Press International and Associated Press. He covered a number of major events, such as a railroad strike led by Demetrio Vallejo, the student uprising in 1968, the presidential campaigns of Luis Echeverría and José López Portillo and he accompanied writer Fernando Benítez to the Sierra Mayor in Nayarit as part of the latter's research into indigenous communities there.