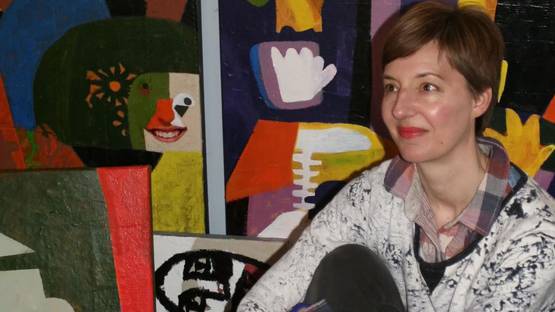 Helen Oprey is an emerging Australian artist known for her layered works celebrating her love of colour and texture, playfully creative, often spontaneous, where different feelings and ideas take her on a carefree and vivid journey.

Oprey hails from the Northern Rivers, a region of the Australian state of New South Wales. Although she is a social worker by profession, she has always been interested in art. As a social worker and as a mother, she has been exposed to all sorts of situations, people and emotions that influenced her work. Her vibrant paintings usually feature characters and subjects that reflect her thoughts and feelings often with a touch of humour.

She is represented by 19 Karen Contemporary Artspace. In May 2015 her work was included in group show entitled Red. The artist presented a series of work that reflect her thoughts and feelings about being a woman.