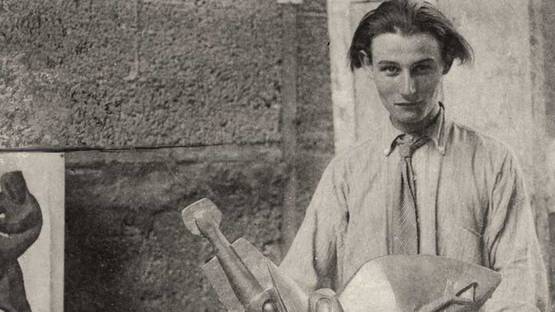 Henri Gaudier-Brzeska was a French sculptor and painter, considered as one of the earliest abstract sculptors who developed a style of direct carving. He was an exponent of Votricism - a short-lived modernist movement in British art and poetry, partly inspired by Cubism. The artist's promising career was cut short when he was killed in combat in WW I.

Featured image: Henry Gaudier-Brzeska in his studio in Putney, 1913 (detail)