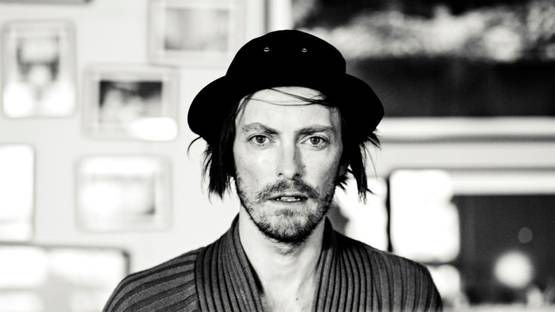 Although he is known worldwide for his amazing works as a fashion designer, Henrik Vibskov is a Danish artist whose talents go far beyond just one medium. As someone who likes working on different things, he doesn’t let to be constrained by only one form of expression. Besides designing clothes, the author also plays music and makes a vast spectrum of artistic pieces, including photographs, installations, sculptures, objects, and videos. His avant-garde, cartoon-like, and playful creations have earned him a place in the New Nordic movement, consisted of the Scandinavian artists and designers. The mixture of his audio, visual and tactile artworks are made in order to awaken and stimulate the senses and imagination of the viewers. Diverse sources of inspiration come from all sides- family, people on the streets, new discoveries on the internet. His style has a clear focus and recognizable signature, which usually involves multiple shapes, colors, and patterns.

He was born in 1972 in Kjellerup, Jutland in Denmark. Being unable to attend the course which he really wanted, Vibskov ended up studying at the Central Saint Martin College of Art in London, because of a girl. He graduated in 2001. Interestingly his first contact with art was at the age of 10 when he started playing drums. At the beginning, he was into dark music, but he soon realized the connection that exists between the music and fashion. Most of his shows confirm this, as they represent the one-mood unity. Henrik tries to produce multiplied and technically advanced creations, which remind on surreal twisted universes, where everything is upside down. As he admits his strongest skill is his calmness, and in combination with strength, it represents a solid base for the fast-track industry he is working in. Because of the experimentation with textiles and woodcut prints, to which he adds harmonized and saturated colors, psychedelic symbols appear.

Collaboration with Emenius and Other Projects

Since 2007 Vibskov has been working together with Andreas Emenius, the Swedish artist who is also his colleague from the studies, on the art project called The Fringe Project. This two years long journey consists of ten works, including performances, objects, installations, video and self-portraits. These amazing artworks are cleverly and ingeniously exploring the movement, illusion, and the surface. The whole production process, besides sketches and an essay by Hannah Heilmann, is compiled in the book The Fringe Projects 1-10 from 2009. The first exhibition of these series was held at the Zeeuws Museum, Middelburg in Netherlands. Three site-specific works were produced for this occasion. Another collaborative project is The Circular Series, where the circle is used as the clarifier, ‘connecting tissue’, linking all the series to the same universe. In some way the circle is related to motion, material, and forms, hiding its true meaning that is identity, inclusion, people in the world, fantasy, and reality.

As the member of the Chambre Syndicale de la Mode Masculine, Henrik is the only Scandinavian fashion designer on the official show of the Paris Men's Fashion Week, since 2003. Besides designing new fashion collections, which he made more than twenty so far, Vibskov also plays drums, working together with the eminent electronic artists like Trentemøller and Mikael Simpson. He also has his own project called Mountain Yorokubu, which is actually an improvised performance. The author designed costumes for the theater company Hotel Proforma, Oslo and Brussels Opera House.

The artist participated in numerous festivals, talks, and contests like the Hyères Festival in 2003 & 2004, the Expo 2005 in Japan, and the Noovo Festival 2007 in Santiago de Compostela. He also received a number of awards, like the Becks Student Future Prize in 2000, the Danish Arts Foundation in 2009, and the 2011 Söderberg prize among others. In 2016 he was given the The Thorvald Bindesbøll Medal by Her Majesty the Queen of Denmark and the academy council from the Royal Academy of Fine Arts. His creative work has been exhibited in all parts of the world in galleries and museums such as PS1 – MoMA in New York, Palais de Tokyo in Paris, ICA in London, the Rohsska museum in Gothenburg 2011. He had solo exhibition Vibskovski72 II on view at the Ruttkowski;68 Gallery in Cologne’s Belgisches Viertel in June 2014. He also works as a professor at the DSKD, gives lectures around the world, and has published four books.