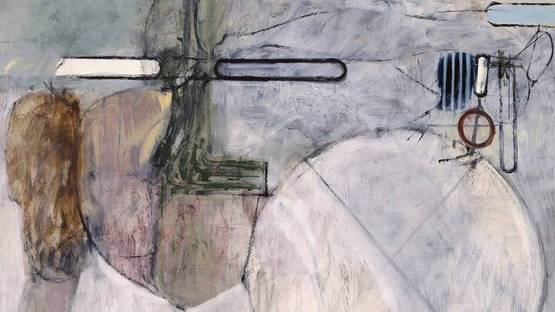 Henry Mundy, born in 1919, is a British artist, known for his oil paintings, which he describes as non-figurative. He offered purely formal interpretations of them, arguing that, 'I only want to get the right intervals between the shapes in a way that satisfies me'. However others have seen his works as alluding to both still life and landscape perhaps because, as the critic David Sylvester remarked, they 'relate to visual experience, to seeing in a space which is all around one, to seeing as one moves about in space'. Mundy gave titles to his works after they were finished as a way of differentiating one picture from another. His ex-spouse was Gillian Ayres, a well-known British abstract painter.