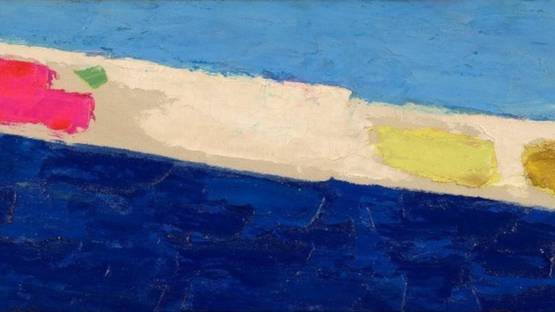 Born in Atlantic City in 1909, Cherry grew up in Philadelphia, where he developed his interest in the arts. At the age of 15 he moved to Los Angeles and dropped out of high school to design set blueprints for 20th Century-Fox. Later he studied under Stanton MacDonald-Wright in Los Angeles and Thomas Hart Benton in New York. On Wright, he said: “It wasn’t that he taught me color. He made me see color.” In the 1930's, he and other artists were commissioned by the WPA (Works Progress Administration) to paint murals across the country. He made his first mark in New York at the age of thirty-eight with a one-man show in 1947 at the Weyhe Gallery, presenting a series of wire, plastic and metal constructions he called Pictographs.

During the 1950s, Cherry's painting took a decisive step toward abstraction, and he showed at a number of New York galleries. He is known for the accomplished interplay of color and shape in his canvases. In 1976, he published a book of poetry titled Poems of Pain and Other Matters.