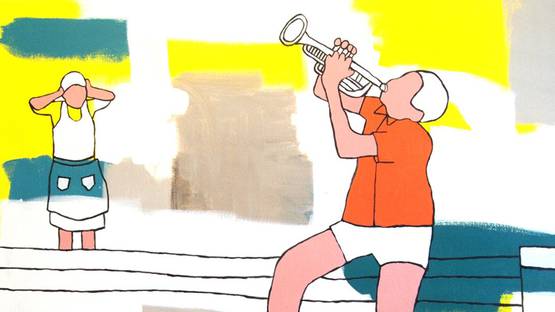 The artist was raised in Ballarat, the state of Victoria, Australia. He moved to the city of Melbourne twenty years ago to complete a Bachelor of Graphic Deisgn at RMIT University. He spent the several years in Victoria’s coastal capital designing, drawing, painting and stenciling, as well as creating his own tee-shirt label. In 2004 Ford moved to Sydney where he began creating art on canvas to cover the bare walls of his new apartment. Additionally he rented a gallery in Sydney for two weeks where he curated a show himself to display his work.

He is represented by 19 Karen Contemporary Artspace in the Gold Coast.