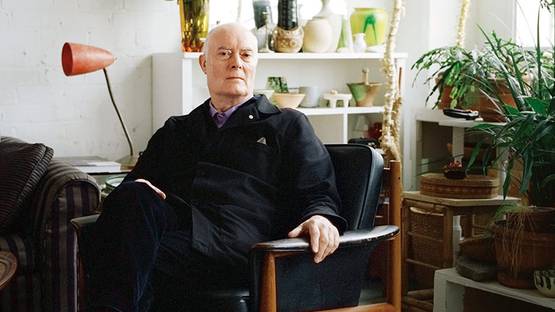 Ian Wallace is a Canadian artist known for juxtaposing monochrome painting and photography in a way that problematizes the differences between the two mediums, referencing aesthetic and social issues through themes of the studio, the museum and the street. He has been an influential figure in the development of an internationally acknowledged photographic and conceptual art practice in Vancouver since 1965.

Wallace was born in 1943 in Shoreham, England and taught Art History at the University of British Columbia from 1967 to 1970, and then at the Vancouver School of Art, now Emily Carr University of Art and Design from 1972 to 1998, where he taught a contemporary art course titled Art Now that was one of the earliest to introduce the art of the recent past into the art history curriculum. As a professor, he has had a significant role in shaping the contemporary art scene. Through his emphasis on the importance of a knowledge of art history, his support for visiting artist programs, and his progressive courses that examined the common history of various media including film, photography, and painting, Wallace influenced a generation of artists emerging from the Vancouver scene, including members of the so-called Vancouver School of artists, Jeff Wall, Ken Lum, Stan Douglas, Roy Arden and Rodney Graham.

Ian Wallace was named an Officer of the Order of Canada in December 2012.