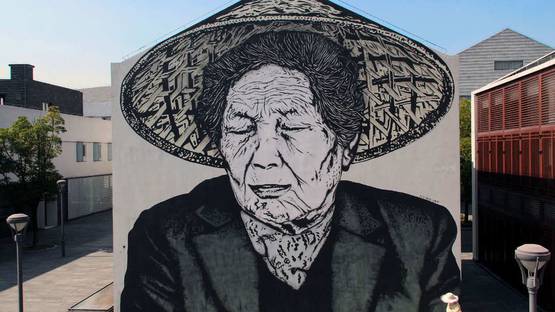 Even though they come from a specific culture and country situation, their work remains more global than just about Iran. Icy and Sot began putting up small stenciled works on the streets of Tabriz and posting the images on the Internet. Documenting their work was important because the art would be erased within two or three days of being created. They became leaders in the Iranian urban art culture since their first works in 2006, in their hometown Tabriz. In 2011, brothers had their first solo exhibition abroad, in Amsterdam. After that and since their arrival in New York in 2012, their reputation has only increased only to create an international notoriety and respect.

Icy & Sot even curated a gallery show in 2014 that introduces Iran and the US to one another through the visual vernacular of Street Art. With two shows running concurrently in Tehran and Brooklyn, the stencil-loving spray painters have successfully exposed fans of this genre to the artists in another country with actual examples of art in a gallery setting rather than simply through the Internet. This dynamic duo is really doing a great job on a self-proclaimed “creative crusade to dismantle pre-conceived perceptions of a fleeting Iranian tradition.”

The two brothers have held numerous exhibitions around the world and their outdoor works have been seen on the streets of Iran, Turkey, France, Brazil, San Francisco, New York…

Their parents support their move to the U.S, even though it means that Icy and Sot can’t ever go back to visit them in Iran. But, for now, their parents follow them on Facebook, which is blocked in Iran, but savvy users can find ways around it.