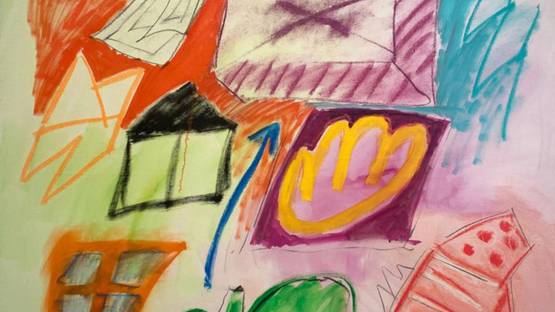 Louisiana’s most renowned artist at the time, Ida Kohlmeyer is known for paintings and sculptures characterized by exuberance and painterly freedom. Her canvases are filled with joyous color, motion and vitality.

Born in New Orleans, Louisiana in 1912 to Polish immigrants, Kohlmeyer earned a Bachelor of Arts in English at Newcomb College, the former women's coordinate college of Tulane University. She became interested in art during her honeymoon in Mexico, influenced by ceramic folk art of Central and South America. She completed a Master of Fine Arts in painting in 1956 and then studied at the painting school of the artist Hans Hoffmann who influenced her to shift towards abstraction. Her encounter with Mark Rothko the following year further shaped her style.

Expressing deep feelings directly onto a canvas, Kohlmeyer developed a distinctive vocabulary of shapes and symbols, organized initially in grid format and later in loose flowing patterns. Her paintings speak to the arbitrariness of symbols as well as to the universal desire to communicate. In her later career, she began creating metal sculptures, comprised of vertical arrangements of both geometric and organic shapes. She described her drive to make art as a "compulsion, a withdrawal from much that is pleasurable in life, a need to work, for which no other activity can substitute, and a constant search for self."