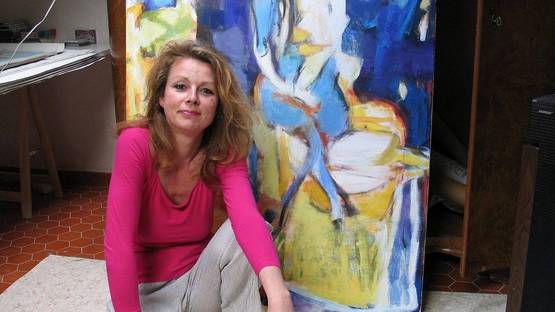 The painting by Inge Hørup

Inge has been paintings since her childhood. She took art classes at the Art Academy in Aarhus, Denmark from 1969 to 1972. Later, she wanted to become a biologist, veterinarian, mathematician and farmer. However, she changed her mind and started studying philosophy of religion at Aarhus University in Denmark. She took lessons from Ulrich Kvist, the Danish artist, from 1981 and 1984, and chose the career of an artist.

The sculptures by Inge Hørup

She has exhibited her works in numerous exhibition, both in Denmark and internationally, in Hamburg, Germany; Toronto, Canada; Paris, France; Brussels, Belgium; Regensburg, Germany; St. Petersburg, Russia; and Hameln, Germany.

Inge has been featured in the books Swetlanas verden by Niels Bech and Den anden side by Lene Rikke Bresson.

Inge Hørup divides her time between the studios in Provence, France and Aarhus, Denmark.