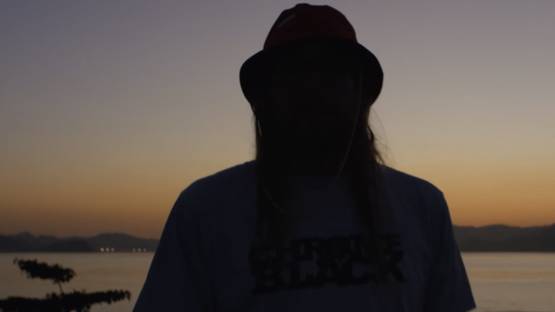 INSA is a British fine artist and designer whose canvases and installations are often hyper real, finely crafted creations in which sexual desire and commodity-fetishism merge and contrast.

He was born in the United Kingdom and began painting at the age of 12. Prior to this age, he made low, low budget horror films with his friends, and even counts Nightmare on Elm Street’s monstrous Freddie Krueger among his creative influences. The artist is distinguished by the seamless mix of reality and fantasy apparent in all his work. His art is always changing, to the surprise and excitement of his viewers.

He explores different approaches and outlets for his artistic agenda, including designing signature collections for brands such as Kangol, Kid Robot and Oki-Ni, as well as starting his own heel company ‘INSA HEELS’ (link to heels site). He has undertaken many private commissions for clients such as Sony and Nike and was recently invited out to Sweden as one of only two British artists to help curate and sculpt the 2008/2009 ICE hotel.

This innovative GIF-iti artist who has already blown our minds with pieces painted on street walls and converted into animated GIFs, creates works from murals painted on walls, photographed, re-painted and then re-photographed before being converted into the format. What he does is actually this: he layers several sheets of paint onto urban walls, documents the different stages and transforms the still images into an animated moving gif.  INSA's GIF works are a result of him thinking about how his work is consumed online, and the way art - which often takes some time to create - is reduced in pixels and hampered by screen resolutions. Although the city landscape is altered by the ‘gif-iti‘, the final works only truly live when viewed online as a stop-motion, looped digital short. Hypnotizing to watch on screen, the laborious physical process is easily as mesmerizing — each hand-painted layer is instantly re-worked on top of the last in succession, building up colors, shapes and geometries into vibrant, dynamic and three-dimensional compositions. By mixing retro internet technology and labor intensive painting, INSA creates slices of infinite un-reality, cutting edge art for the tumblr generation.

INSA states that his most important influence as an artist is the simple fact that he is miserable when not creating art. The artist is also influenced by fellow artists Jeff Koons and the surrealist German artist and photographer Hans Bellmer.

INSA’s world is one where art, product, graffiti, fetishism, and desire collide. Always with a heavy sense of irony, INSA visually exaggerates the notion of objectification meets commodification with graphically depicted oversized body parts that are suspended in the controlled architectural lines of a sneaker or bold black and white graphic patterns. INSA uses these powerful patterns to play with and distort the spaces where his work is installed to entice the viewer into the ‘fantasy’; a shallow fantasy of materialistic aspiration where sexual objectification is flaunted as a symbol of wealth and success.

"I'd been thinking a lot about how people were actually seeing my work," he says. "Even if I painted a huge mural anywhere in the world, I realized more people were looking at the few photos of it that circulate online. It seemed a shame the level of work that was going into something that was only going to be seen as a small image online, but then I just thought why not make the internet, and those few images, the best way to view my work - even make it the only platform for seeing the final work. And GIFs are the ultimate internet fodder. So is there a perverse joy in labouring over something and then releasing it as a 600 pixel artwork? "Yes, it's exactly that. I love the idea that I was putting all this work in for such a small thing. There is something cathartic about it. It exaggerates the disposability of images and artwork."