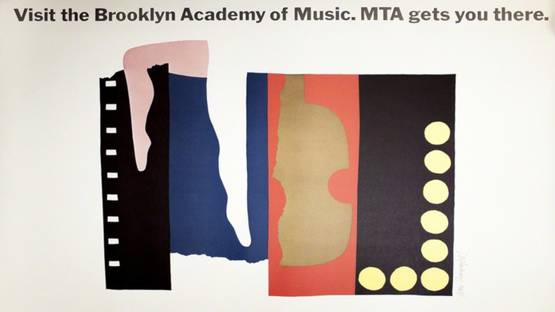 The son of the Russian-born British architect Serge Chermayeff, Ivan Chermayeff graduated from the Phillips Academy of Andover, Massachusetts in 1950, studied at Harvard until 1952, the Institute of Design (New Bauhaus) until 1954, and graduated from the Yale School of Arts and Architecture in 1955 with a Bachelor of Fine Arts. In 1957, he co-founded a branding and graphic design firm with Tom Geismar. Formerly known as Chermayeff & Geismar, the firm has pioneered the modern movement of idea-driven graphic design across every discipline and designed logos for such companies as Pan Am, Mobil Oil, PBS, Chase Bank, Barneys New York, The Museum of Modern Art, Xerox, Smithsonian Institution, NBC, Cornell University, National Geographic, State Farm, and many others. In 1979, they were awarded the AIGA Medal.

Chermayeff was greatly inspired by the works of Paul Rand, Picasso and Ikko Tanaka. A talented illustrator artist and collagist, he created graphic pieces that show a perfect balance of rational logics with imagination, featuring both abstract geometric shapes and figurative images. Amusing and infinitely thought-provoking, his collages combine elements such as scraps of paper, stamps, and Polaroid pictures. He once said, "Collages make it possible for everything to be something else."