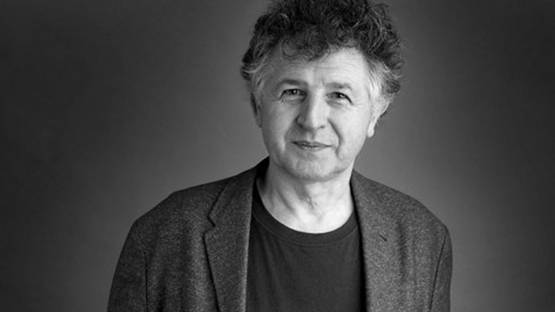 Being an artist is not an easy job. The visits by the Muses are erratic and fickle, and sometimes, you simply run out of inspiration. When your creative attention is divided between philosophy, literature, and visual arts, that task of being originator gets even harder. However, Ivan Messac is clearly the exception to the rule. This fruitful humanity scholar made some significant contribution in the field of these three disciplines.

Ivan: the Youngest Artist of the Figuration Narrative Group

Messac was born in Caen, Calvados - in the Normandy region of northwestern France. In 1969, Ivan both earned a Master of Philosophy and participated in an exhibition of Salon de la Jeune Peinture, the young artists' association created in the 50s. It was a decisive year – Ivan was on the horns of a dilemma: to use his newly acquired degree or to paint.

He chose to paint, becoming the youngest artist of the Figuration narrative group, the pendant to Pop Art with its roots in France. This movement was created in the mid-60s and it was distinguished from Pop Art mainly by the political commitment of the artists associated with it. It was a circle of artists, formed around the art critic Gérald Gassiot-Talabots and two artists Bernard and Herve Telemaque Rancillac. The group's member were, among the others - Peter Klasen, Erro, Jacques Monory, Peter Saul, Jan Voss, Valerio Adami, Eduardo Arroyo, Peter Stampfli, Vladimir Velickovic, Jean-Pierre Leboul'ch, Gérard Fromanger, Christian Babou, and the youngest member, Ivan Messac who was designing a movement's posters in 1973 and 1974. Nevertheless, the affiliation with the Pop art shouldn't be disregarded. This artistic movement's use of bold colors, as well as the presence of photographic images or text in the compositions, belong to the aesthetic akin to Figuration narrative.

In 1971, Ivan exhibited three paintings from what will become a series titled Minorité Absolue (Absolute minority) and later known as Indiens (The Indians). For next three years, Messac was developing dozens of works in memory of American Indians. In 1974, he also designed a poster for sale, and the whole profit went to the American Indian Movement, led by Dennis Banks.

The entire Ivan's work of the 70s demonstrates a strong social commitment. In 1974, he participated in a meetings of the artists in Portugal during the Carnation Revolution, a military which overthrew the regime of the Estado Novo. Also, Messac strongly supported the Solidarity trade union, an organization of workers who have come together to protect their rights. Even today, as the established artist represented by prestigious galleries, supported by the media and recognized by institutions, he collaborates with the Secours Populaire, a non-profit organization, with a task to act against poverty and exclusion in France and in the world, promoting solidarity. It brings together people of all opinions, conditions, and backgrounds.

A notable art critic Jean-Louis Pradel noticed Ivan's Indians, drawing the attention of the art world to this young erudite and a righteous artist. The writer, art critic and art historian, José Pierre, wrote an article on Messac in his book Pop art: An illustrated dictionary.

Messac at the Mythologies Quotidiennes 2 exhibition

In 1973, Ivan designed the sets and costumes for the Ballet Théâtre Contemporain, a short-lived company established by the French Ministry of Culture in 1968. The aim was to develop a modern choreography by collaborating with modern musicians and artists.

Messac exhibited in 1977, in a group show titled Mythologies Quotidiennes 2 in the Musée d'Art Moderne in Paris, organized by the Figuration narrative movement. A first exhibition Mythologies Quotidiennes was held in 1964 and marked the symbolic beginning of this movement. All 34 artists participated by putting the contemporary society and its images at the heart of their work. But unlike their American counterparts in Pop art, their work was more social and political.

Its sequel, Mythologies Quotidiennes 2, marked the end of the most fertile period of the movement. Ivan turned to sculpture that was slowly becoming his privileged way of research. The first one dates back to 1983 while Messac was working in Carrara, Italy, notable for its white and blue-grey marble.

Ivan returned to painting in 2000

Around the same time, in the early 80s, Ivan also wrote and published a crime novel! He never stopped writing - in 2003, Ivan published another book, a fiction titled Fyodor Klepsévitch, for the Editions of the Villa Tamaris. This artist managed to maintain the bond between literature and art – in 2007, at the Orel Art Gallery in Paris, he inaugurated the exhibition titled The Great Difference and dedicated to Vladimir Mayakovsky, a poet, playwright, artist, and stage and film actor.

By adding a social dimension to his work, this artist and polymath definitely ennobled the art scene in the 70s, and just kept doing it to this day. Ivan’s return to painting in 2000, allowed him once again to express his ripe and worldly-wise artistic vision in a wider range of techniques.