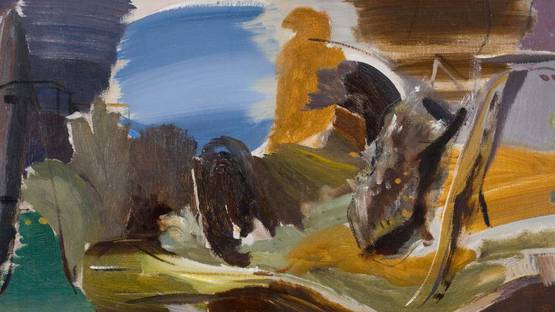 Ivon Hitchens was an English painter who started exhibiting during the 1920s. He became part of the 'London Group' of artists and exhibited with them during the 1930s. His house was bombed in 1940 during World War II, at which point he moved to a caravan on a patch of woodland near Petworth in West Sussex. He worked there for the next forty years, gradually augmenting his caravan with a series of buildings. He is particularly well known for panoramic landscape paintings created from blocks of colour. There is a huge mural by him in the main hall of Cecil Sharp House. His work was exhibited in the British Pavilion at the Venice Biennale in 1956.