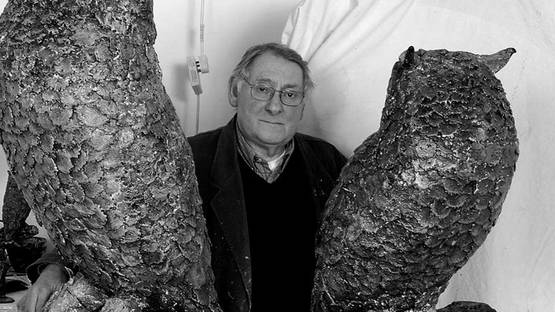 Ivor Abrahams, born in 1935, was a British artist, known for his paintings and sculptures. He became a member of Royal Academy in 1991. Abrahams was a visiting lecturer at Goldsmiths College of Art, the Royal College of Art (Prints Department) and the Slade School of Art; from 2007 – 2010, and he was Professor of Sculpture at the Royal Academy Schools. He died in January, 2015.