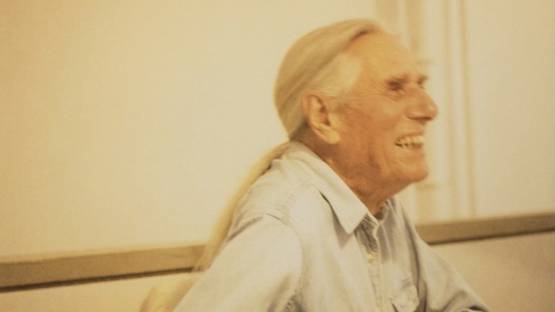 Jack Pierson is an American photographer, sculptor, and draftsman. Considered to be exceptionally prolific and comfortable working with a variety of media, Pierson is best known for his photography, abstract sculptures, and collages. His favorite subjects are drawn mostly from his daily life as a contemporary artist, like fragments of urban landscapes, still lives of ordinary objects, homoerotic nudes, and evocative words worked into collages or transformed into neons.

Pierson was born in 1960 in Plymouth, MA. He received a BFA from the Massachusetts College of Art in Boston, MA, in 1984. Pierson is considered to be part of the Boston School, which is a term used to refer to a group of photographers who worked in Boston in the early 1980s, who had created a style of photography that centered on them photographing their mutual friends in intimate or casual settings.

His photographic works have often been compared to images from road movies, movies whose rapturous race toward fulfillment have become etched into the American landscape. Far from simply seeking to create traditional variations on the American Dream, the artist seeks instead to explore the flip side of the concept, searching to express what he calls ‘the tragedy inherent in the pursuit of glamour.’

In 2006, inspired by an earlier series of pencil drawings he did from an old postcard of a woman's face, Pierson produced a suite of twelve large-scale silkscreen paintings, all linearly graphic in black ink on diffused, off-white linen. Removed from its original and singular representation in a photograph, the portrayed woman's facade is variously multiplied by hand and then enlarged by the machine-like reproduction of silkscreen. Pierson is also known for photographing noted celebrities and models, such as Snoop Dogg, Brad Pitt, Naomi Campbell, and Michael Bergin.

Jack Pierson currently divides his time between his home and studio in the Southern California desert near Joshua Tree National Park and New York.