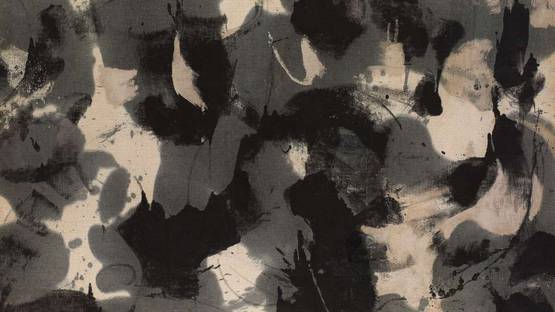 James Brooks was an American artist, well known for his murals, abstract paintings and as a winner of the Logan Medal of the Arts.

Born in St. Louis, Missouri in 1906, Brooks attended Southern Methodist University and the Dallas Art Institute and moved to New York in 1926 where he attended night classes at the Art Students League. During the Depression, he worked as a muralist for the Federal Art Project of the Works Progress Administration. Between 1942 and 1945, Brooks worked as a combat artist with the American military. Based in Cairo, he traveled to Palestine, Benghazi, Libya, and other parts of Egypt during this time, photographing American military camps, the aftermath of combat, and locals, turning these photographs into drawings and gouache paintings.

Having an interest in the unconscious, Brooks initially experimented with Automatism and free brushwork. Partly inspired by his friendship with Jackson Pollock and Lee Krasner, his works evolved into gestural abstractions of calligraphic forms and rich colors. Always experimenting with his medium, Brooks used staining, dilution, and accidental deterioration of canvases to create uncontrolled abstractions. Throughout his career, he combined accidents with deliberate choices, carefully orchestrating rhythmic compositions of abstract shapes, textures and color values in shallow space on the canvas.