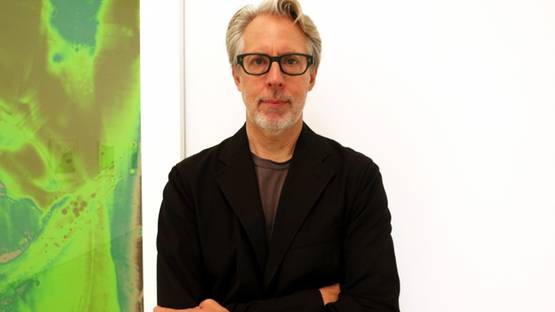 An American postmodern artist and photographer, James Welling is best known for his photographs of everyday materials such as phyllo dough and aluminum foil.

Born in Hartford, Connecticut, in 1951, Welling currently lives and works in Los Angeles. In 1963, he began to study art with Julie Post and in 1965, he took drawing classes at the Wadsworth Atheneum in Hartford and began to work independently in watercolor. In this period, Welling was deeply influenced by the work of Charles Burchfield, Edward Hopper and most importantly by Andrew Wyeth. From 1969, he attended Carnegie Mellon University in Pittsburgh, where he studied with Gandy Brodie, John Stevenson, Connie Fox and Robert Tharsing. In 1971, he transferred to the recently formed California Institute of the Arts in Valencia, California, where he worked primarily in video and studied with Wolfgang Stoerchle and John Baldessari, who was an important influence for him.

Experimenting with a range of photographic techniques, including gelatin silver prints, photograms, Polaroids, and digital prints, Welling creates images that considers both the history and technical specificities of photography. Throughout his career, he created a range of series that address a range of subjects, connected by an examination of what might be termed “states of being” produced by photographically derived images and how such states are, in turn, read by the viewer.