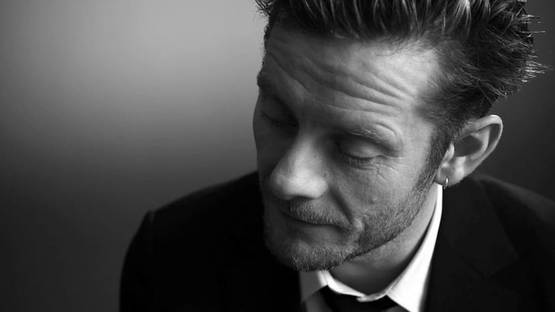 Though many will argue about the placement of comics in the world of refined art, it is undoubtedly a gemstone being further and further refined as we go deeper in the 21st century, one that many are overlooking blinded by thoughts of its triviality. As one of the representatives of the rise of popularity of the medium, Jamie Hewlett repetitively proved the value of this type of art, expanding his artistic practice to other forms as well. Constantly moving the boundaries of his craft as a designer of the virtual band Gorillaz, the artist’s energetic nature has seen him switch the type of his “canvas” several times in his prolific career.

Building on the World of Comics

One of the first comic-related pieces that Jamie Hewlett had worked on was the fanzine titled Atomtan and it brought him together with his fellow Northbrook College students Alan Martin and Philip Bond. With a creative experience already under his belt during his college days, Hewlett’s artistic path was all but already inscribed. His collaboration with Alan Martin continued in their post-college days and their first official project started in 1988, working in the magazine called Deadline that featured a variance of comic strips, articles on music and culture. Their creative strip titled Tank Girl quickly became the most talked about subject in the magazine, opening many doors to Hewlett’s eccentric style.

Slowly becoming a respected figure in the comics industry, Hewlett’s name stepped onto the mainstream scene, bringing the narrative and the medium closer to an increasing number of fans at the end of the 20th century. Works like Hewligan's Haircut in 2000 AD series, covers and art for Shade, the Changing Man written for DC Comics, and many other illustrations, some of which included works for music bands, were a part of his artistic portfolio. With the eventual cancellation of the Deadline in 1996, Hewlett shared an idea with Blur's Damon Albarn, one that would shape both his future career and the music scene of the early 2000s.

With the thought of a virtual band called Gorillaz in mind, Hewlett and Albarn proceeded to release their first EP (extended play) in the year of 2000 followed by the first album in 2001, where Hewlett would work on the character design of the group members. Working on a completely different type of canvas forced him to expand his viewpoint in order to portray the four fictional band members; the environment came with its perks as well, as Hewlett’s style could easily expand and “run loose” within the fantastic world of missile-launching vehicles, sky-floating pieces of land and futuristic cityscapes.

As the band thrived, so did Hewlett’s visual exploration of his artistic abilities that can be seen in several different fields. More than just on-screen character design, Hewlett was responsible for the visuals of the band’s concert performances, producing a coffee-table art book, even designing a line of Converse sneakers. He was the visual mind behind the face of Gorillaz and his work did not go unnoticed by the public: his artwork for Gorillaz was shortlisted for the Design Museum's Designer of the Year award, with Jamie Hewlett being named the Designer of the Year in 2006. Though he was, and still is, an artist of great caliber, Hewlett admits to have been influenced by the works of cartoonists such as Carl Giles, Mort Drucker, Ronald Lowe and Jack Davis, and in 2016, his practice takes yet another turn, shifting towards gallery space.

A New Territory of Exhibition Grounds

Jamie Hewlett’s restless nature has led him to the more “conventional” media and his practice started including drawing, painting, and making photo collages. With an uncanny talent sitting behind the famous face, the artist has proven himself in numerous fields of artistic expression and his debut USA exhibition taking place at the Woodward Gallery is the culmination of his work in these newly embraced fields of art, giving everyone an inside look at his latest creations. Titled The Suggestionists, Hewlett’s presentation of explorative tendencies combined with great experience and mastery of the craft is bound to entice those that loved his work thus far as much as the public of the world of fine art.

The artist is represented by the Hang-Up Gallery in London.