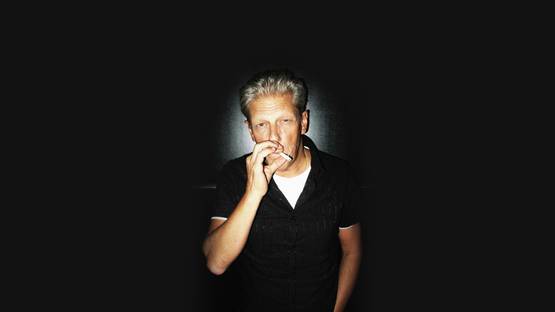 The enchantment with ephemeral, unseen and cathartic in the work of Jan Fabre takes the central position. Those features are always framing the narrative and are omnipresent regardless of the media. Fabre seems to be deeply inspired not only by the achievements of the certain epoch in an artistic sense, rather it is the philosophy, anthropology, and even spirituality which govern him in pursuing imagination always one step further. As a matter of fact, his provocative forays into all different art forms are aimed at breaking down the artistic and moral barriers. That is why Fabre’s work should not be considered as a mere aesthetical and formal foreplay, yet it should be perceived as a concise and radical practice aimed to point out the complexity of contemporaneity.

The Begging and Fast Success

Jan Fabre is born in 1958 in Antwerp. He studied window dressing at the Municipal Institute of Decorative Arts and the Royal Academy of Fine Arts in Antwerp. In between 1976 and 1980 Fabre wrote his first scripts for the theater and made his début performances. From 1980 he began his career as a stage director and stage designer, while around the same time, thanks to the Jan Hoet, curator and the founder of Belgian Stedelijk Museum, the artist travels to New York, where he gives lectures and performances. Simultaneously, Fabre produces drawings, in situ interventions and sculptures and exhibits around Europe.

Peculiar objects are often partly made out of stuffed animals

Practically, from the first public performance, the activity of Jan Fabre became the media topic depending from the delicacy of the concept. From burning money, using his own blood, locking himself in the white room for three days, the artist used rather explicit and radical language in order to express his ideas. Jan Fabre basically belongs to the second generation of artists working with the body as a material, yet his concepts introduced a new approach to performativity since body performance became conjoined with traditional theater. The other significant element besides the body is a real time which he used to extend the experience respectively that those durational pieces completely overwhelm the audience.[1]

Some sculptures of Jan Fabre can be found in public spaces

Besides the performances, during the 80’s Jan Fabre became famous for his Bic-art or ballpoint drawings and started sending handmade postcards over the world over, combining mail art and performance. On the other hand, for the production of sculptures, he started using both unconventional materials like carapaces of beetles as well as the traditional ones like bronze and marble. Those unusual three-dimensional things can be similar to objects of great symbolism like the urinal, a microscope, a Latin cross, a dress, hooded mantle, human bone mounted on wire-mesh supports, and apparently they are thought as allegories.

The Controversy Surrounding The Work of Jan Fabre

In 2012, several media reported how during a shoot in the Antwerp town hall for a forthcoming film on Fabre, living cats were thrown repeatedly several meters spinning into the air, after which they made a hard landing on the steps of the entrance hall.Supposedly, the filming was aborted due to protests from the crew’s own technicians, while Fabre claimed that the animals were just fine and it was a media spin created by the right wing political party. Besides receiving enormous number of letters of protest, the artist was even physically attacked. Last year, Fabre was asked by the Greek Ministry of Culture to work as a Creative Director of the annual Athens – Epidaurus Festival. After only two months, he abandoned the whole project due to his plan to turn Greece’s major arts festival into a tribute to Belgium and devote eight of the festival’s ten productions to those from his homeland, which was not acceptable to the organizers. The same year, the Russian State Hermitage museum staged the Fabre's exhibition which drew a lot of criticism from visitors and institutes such as the Russian Orthodox Church due to a large number of stuffed animals in strange poses.

The Main Ideas Behind The Work

Almost the whole oeuvre of Jan Fabre is very much influenced by the research carried out by the French naturalist and entomologist, Jean-Henri Fabre (1823-1915). That is how he developed the fascination with the world of insects and other creatures at a very young age. The artist often mentions the inspiration driven from the works of Edward O. Wilson and Barry Bolton, philosophers of sorts. Bolton studied ants—insects that lead social lives—and Wilson is the author of Consilience: The Unity of Knowledge. In the late seventies, while studying at the Royal Academy of Fine Arts and the Municipal Institute of Decorative Arts and Crafts in Antwerp, he explored ways of extending his research to the domain of the human body. In general, the concept of metamorphoses is what triggers Fabre the most, so the whole practice of his can be perceived in regards to the transhumanism. The very idea of transcending human condition by enhancing it and appropriating characteristic of animals or plants respectively natural world or technological inventions.

For early childhood, Fabre was rather exposed to the works of Flemish Old Masters. Formal language, immense skillfulness, as well as conceptual approach, intrigue him still. Especially, the fascination with the conceptual aspect of baroque painting and sculpture, which was embedded in allegory, is notable in his work. On the other hand, if we are about to compare Fabre’s works with the idea of total artwork, or in German Gesamtkunstwerk, which is a synthesis of many art forms. So, by appropriating various media and materials, by radically executing them in various contexts, Fabre creates astonishing and highly imaginative narratives which are socially and politically driven.

Jan Fabre is always governed by the ephemeral and grandiose tactics

The Ongoing Innovation of Jan Fabre

Although Jan Fabre established the theatrical company in 1986, and over the years gained quite a reputation as a theater director, he never neglected the work with other media. At the same time, the artist is also a philosopher and from 1999 runs magazine Janus. In 2001 Fabre collaborated with sociologist-anthropologist Dietmar Kamper and the philosopher Peter Sloterdijk on a film titled The Problem (Homage to Dietmar Kamper). In 2016 Fabre realized a new project Mount Olympus, a 24-hour spectacle which somehow embodies all the features of the artist's aesthetics, passions, and devotions. Nevertheless, despite his astonishing and hybrid activity, Fabre claims that he is not an eclectic artist, not a multi-media artist. No matter how he would classify himself, without the doubt Jan Fabre is one of the world’s most prominent contemporary artist.

Featured image: Portrait of Jan Fabre - image courtesy of the artist
All images used are for illustrative purposes only