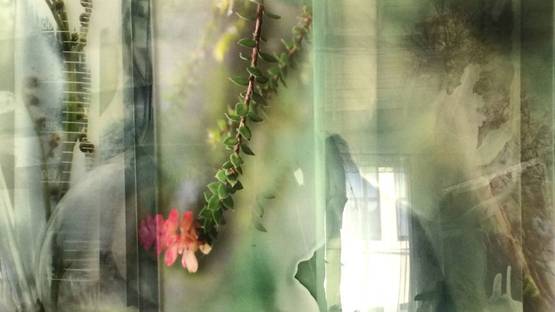 Laurence is born in 1947 in Sydney, Australia, where she still lives and works. Laurence studied in Sydney and Italy, before living for New York City to pursue graduate studies. While living in New York, she was influenced by a Joseph Beuys exhibition at the Guggenheim Museum, and discovered the Earth or Land artists. She completed a Graduate Diploma in Professional Art Studies at the University of New South Wales and a Master of Fine Arts at the University of New South Wales.

Lawrence is best known for large, outside, immersive works, where she uses such natural materials as minerals and oxides, living plant matter, corals, taxidermy birds, and more. In the early 2000s her work became increasingly political as well as poetic, as she intentionally began to focus on the relationship between the artist, artwork and viewer. The viewers became a part of artwork as they were expected to engage with it, by, for example, looking through or walking through them.