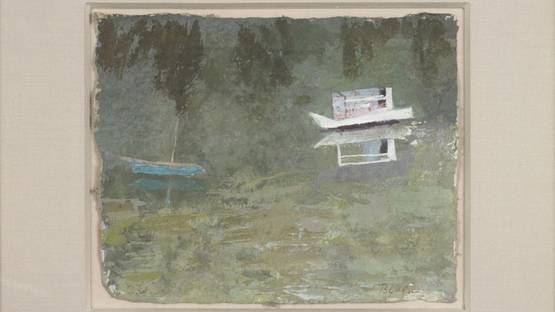 A Polish-born American abstract expressionist painter, Janice Biala is best known for her paintings of intimate interiors, portraits of famous friends, and the places she traveled, contributing to the shaping of modernism.

Born in 1903 in Biala Podlaska, Poland as Schenehaia Tworkovska, Biala emigrated to New York in 1913 and got citizenship in 1929. Wanting to become an artist from an early age, she enrolled at the National Academy of Design's art course with Charles Hawthorne and Edwin Dickinson and later at Art Students League where Hawthorne was also teaching. In 1930, on her first visit to Paris, she met and became the partner of the British novelist Ford Madox Ford. Upon Ford’s death in 1939, she returned to New York, immersing herself in the art scene during World War II. She became one of the few women associated with the New York School, befriending painters Willem de Kooning and critic Harold Rosenberg, among others.

Traveling through France, Spain, Italy, and Morocco, Biala captured the unique light in each city while rendering its signature landmarks in bold, simplified shapes. Developing a unique semi-abstract style characterized by by bold brushstrokes combined with a spare, economic domestic intimacy, she synthesized the styles popular in the circles she orbited—the early 20th-century Parisian avant-garde and the mid-century New York School.